I must admit I was astonished when Rocky called me up to say that because you can't export to MS Word in Notes 6, his client was going to use our Midas Rich Text LSX to export to MS Word.  Now, I wasn't surprised that he would think to use Midas, as we have lots of customers who use it for this purpose.  I wasn't surprised that Rocky called me, because he calls me quite often, and not infrequently it is about using Midas for a customer.  What surprised me was the news that Lotus Notes 6.x doesn't even have MS Word as an option when exporting from Notes 6.  Not even the traditional "Microsoft Word 6.0" which they had in R5.
What the heck?  I started looking, and came across this technote: Export Options in User Interface and the @Command FileExport Are not Available or Result in an Error, which shows that the only exports supported by the File Export command are:
which seems to me a pretty short list.  In addition, it says that you can't really use any of the other documented export types for @Command([FileExport]; ...) because they will all give errors.
Now, I like the fact that people buy Midas to export to MS Word, I really do, but I am truly embarrassed that you would have to.  This is 2004, and IBM has taken away the ability to export to anything, even MS Word 6.0.  Here is my favorite excerpt from the technote

In some cases the 'Microsoft RTF' export option may suffice as a substitute type if the target application also has a matching import option. Beyond that, if the desired filter does not exist then use a Notes 5.x Client to perform the export.
I am speechless.  OK, not entirely speechless.  I have just enough voice left to encourage you to check out our sample database Export to MS Word to see that it is possible to have a high quality export to MS Word, even one that works with MS Word 97/2000 and beyond.  (If you have tried it with Midas Version 3.20a, try again once Midas Version 3.30 is out, as both the export and the sample are improved and easier)
Think it won't make much difference?  Look at the four screen shots below.  The first is from Notes 6.0.2.  The second is the same document exported to Microsoft RTF.  The third is the same document exported to MS Word using the R5 export DLL (which you can actually call using Midas' Export method, if you like, even in ND6).  The fourth is the same document exported using Midas 3.30 and the new sample db.  I just took a piece of each for size reasons, but if you try the sample out, you can see what I mean with the whole document.  (Don't forget that you will need an evaluation license for Midas).
Notes version of the document 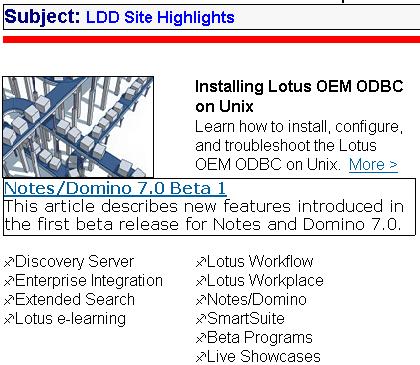 Microsoft RTF version of the document 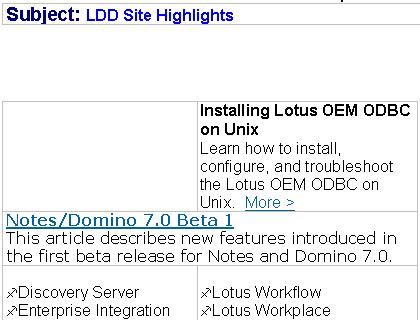 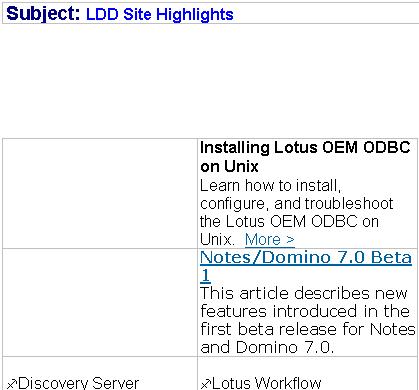 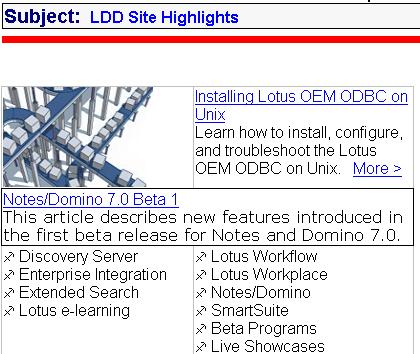