Ed wants to know whether we want simpler or not

Ed Brill had a post yesterday asking, basically, do we want Lotus offerings to be simpler (yes, he asked in terms of SMB, but the questions doesn't need to be that complicated).  So far, there are 152 comments, and while I don't have time to read them all, the consensus seems to be, "Yup!"
But rather than chiming in, I thought I'd go with visuals.  Look at the two pages below.  Guess which one had its profits soar 70% in the past quarter.  Guess which one had its profits drop 12%.  What is the difference you see?  (Yes, I'm oversimplifying.  That is the point, right?) 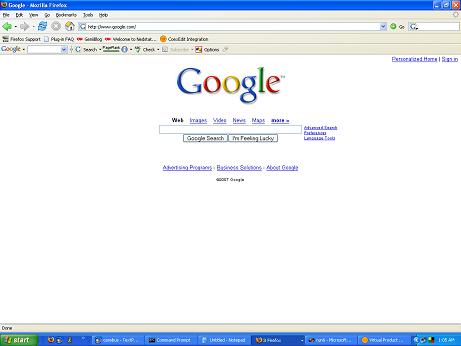 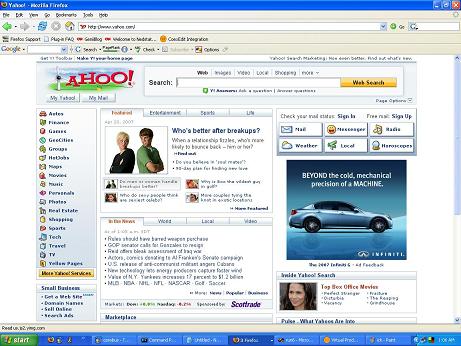 Chris - Exactly! The really funny thing is, which makes more off advertising? Google, of course. The reason is that they have opted for far more context sensitive, specific advertising that somebody might appreciate rather than in-your-face, obnoxious advertising. Yahoo is rather following the AOL brand of force the advertising down your throat.

In any case, this is a case of simpler being more appealing, even if you can see the bean counters cringing over the "wasted space" on the Google page. Similarly, the IBM non-Domino installs seem like an opportunity to charge somebody money, whereas Domino installs are like falling off a log, and probably freak out the bean counters in a similar manner.

You make a valid point. Both are trying to be more and more things to more and more people and organizations, but Google's core identity - their "flagship product", if you will - is still very simple to use and understand. And, although Yahoo has been around far longer than Google, the bulk of people seem to opt for the simple approach... it can be difficult to convince someone of the value of the power behind a more complicated alternative, because the simpler something is, the more obvious its benefits, even if they're fewer than that of something that isn't as easy to grasp.