Will Sam (and Rick) get fired tonight?

The answer may depend, believe it or not, on whether Sam reads his mail through a Notes client or a web browser today.  That sounds unlikely, but take a look at this email Rick sent to Sam this afternoon.  Rick and Sam's boss wants Sam to make some urgent changes to a contract and get it signed.  The changes he wants are simple - remove topics #8 and #9.  If Sam were to read this note in the Lotus Notes client, as below, he would see that his job is to remove those two topics. 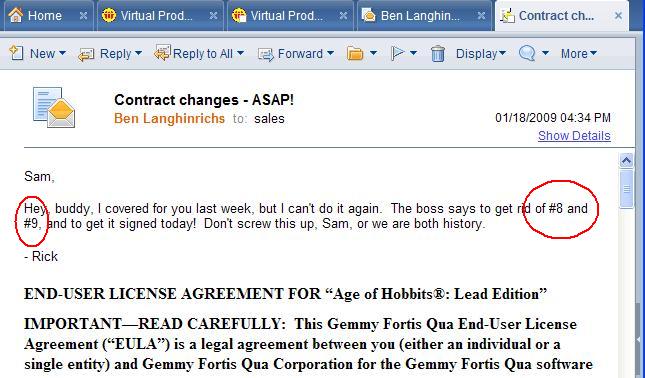 So far, so good.  If Sam were to scroll down, he would see that topic #8 and #9 are "U.S. GOVERNMENT RESTRICTED RIGHTS" and "EXPORT RESTRICTIONS", which are the topics the boss DOES want removed. 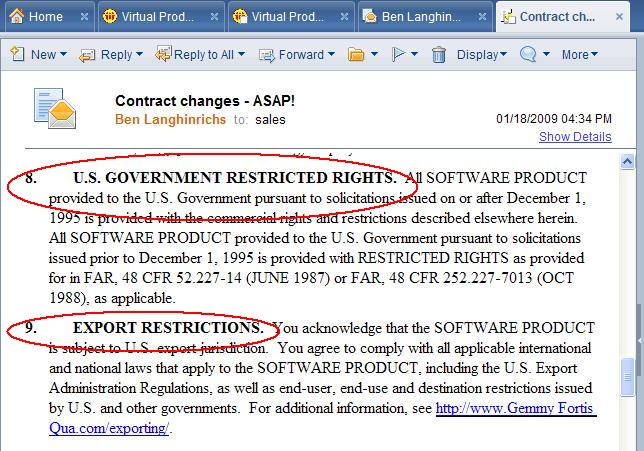 But here the plot thickens.  If Sam were to open the exact same email through iNotes, he would say the same command to remove topics #8 and #9: 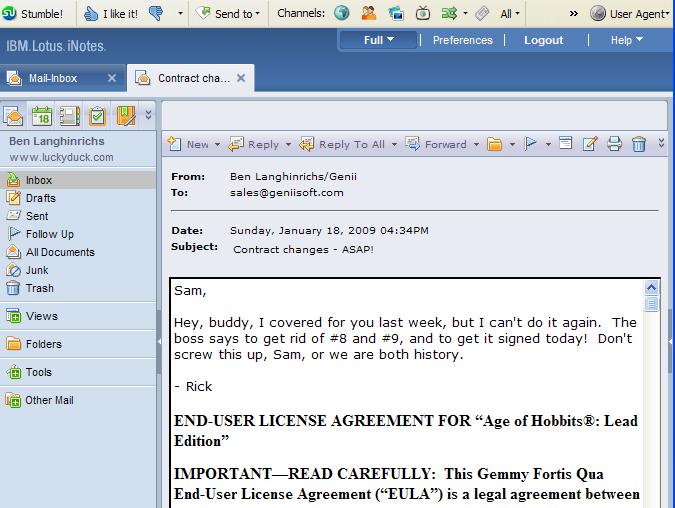 But if he were scroll down here, he would find a very different paair of topics, #8 and #9.  He would see "UPGRADES" and "COPYRIGHT" which ARE NOT topics the boss wants removed.  But why? 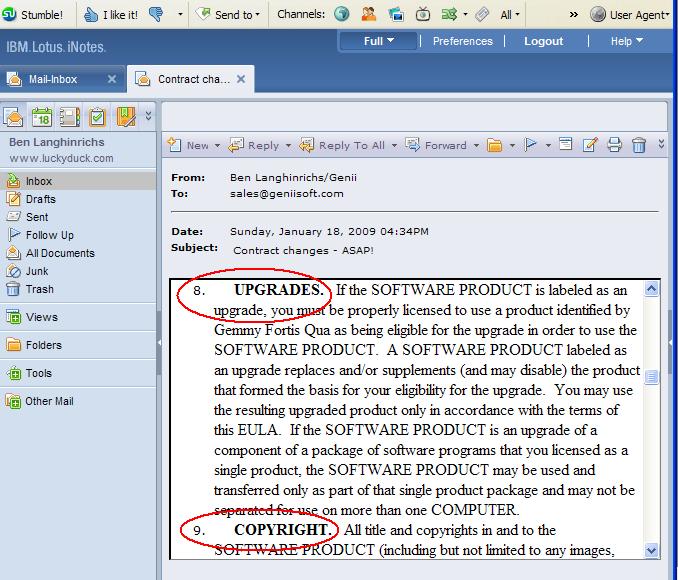 The fault is in the Domino MIME rendering, which tries to determine whether list items belong to the same list or to a nested sublist based on the exact level of margin.  Unfortunately for Sam, as well as for Rick, they are likely to be looking for jobs tomorrow due to the impending screwup of the contract by Sam. 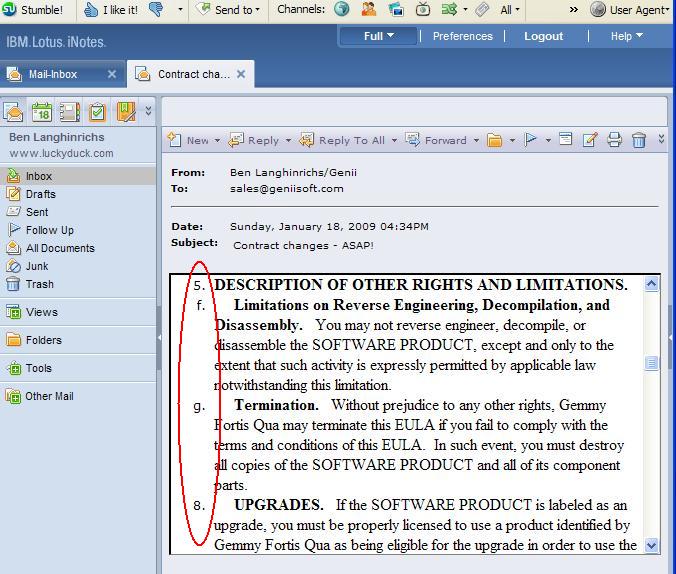 Could your job depend on MIME rendering?  Not if you were using iFidelity.

Do you have a sample doc/nsf you can post of that?