All your base are belong to IBM: Checked qualifications

In this post, I talk again about email, and a relatively common item in email, list items.  But even though there are lots of list issues in Notes MIME rendering, this is a particularly bad example of how content can be lost along with formatting.  Read just the second letter (rendered by Notes MIME), and think about how it implies that the candidate meets ALL of these qualifications.  Would you like to chance that misunderstanding?
I do have a confession to make.  This problem was identified by a beta tester last night after I released Beta 2, and iFidelity didn't handle these well either.  On the other hand, I fixed it last night in what will be Beta 2a that I will release today.  Would you like to bet on whether IBM will fix this in their rendering by Version 9, now that I have publicly identified the problem?
Email created in Notes client with checked and unchecked items 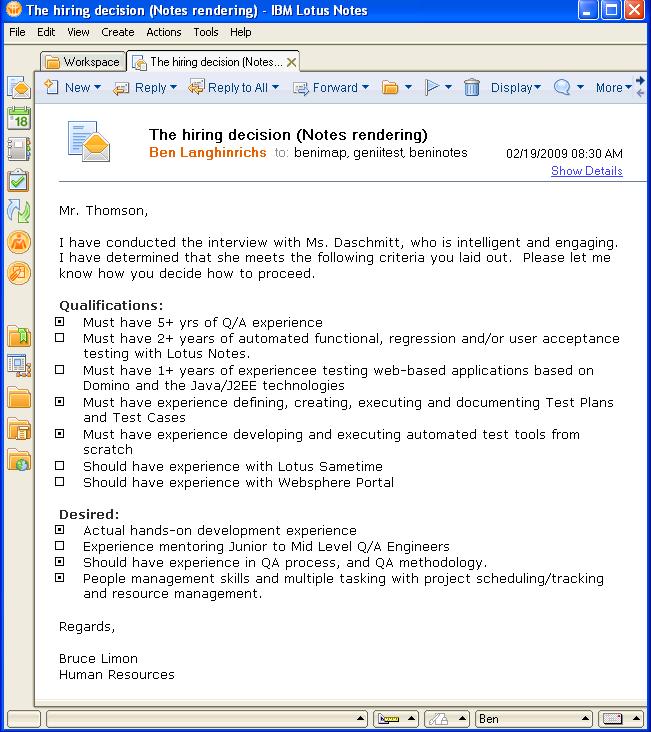 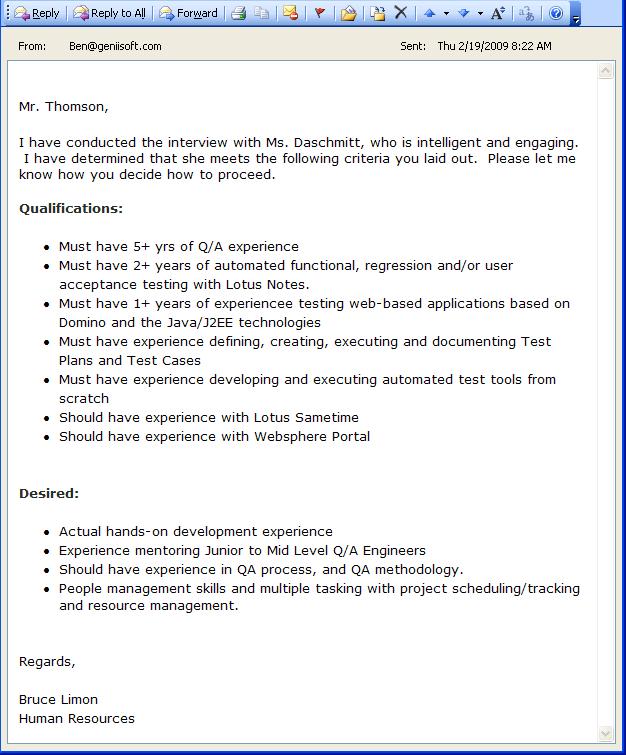 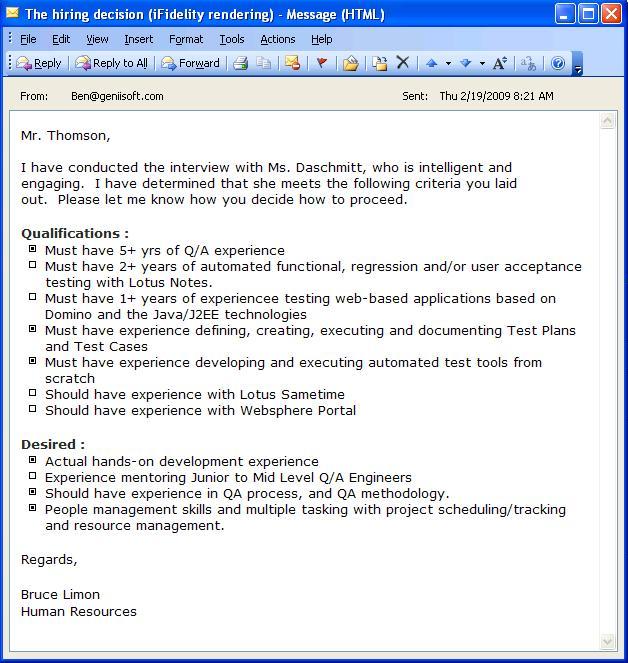 Previous Topics in this series
In Part 1, I showed how IBM's rendering of MIME messages could lead your customers to think you were still running Notes R5, and how our upcoming iFidelity (sign up for the beta) would allow you to send out more professional looking email, rendered as it is in Notes.  In Part 2, I showed how content rendered by Domino on the web was likely to make prospective customers think twice, or more, before buying Lotus Notes, and how CoexEdit could dramatically improve that default rendering.  In Part 3, I showed how rendering is made even worse when the rich text is edited on the web, and how CoexEdit can improve that process as well.  In Part 4, I showed how HTML signatures are prone to some of the same rendering issues (as well as different ones) as we have seen elsewhere.  In Part 5, I showed how tabbed tables do not translate well through email, and how iFidelity could help.   In Part 6, I showed how sections could lose titles after Notes client render, and how iFidelity could help there as well.