A question for the Developers and Product Managers

A question which you could pose at Ask the Developers and Product Managers is why the following email, sent internally via Notes to another user in the same domain, looks as bad as it does if that user happens to be reading from their mobile device or iNotes? Why hasn't this been fixed? Why can CoexLinks Fidelity do this without access to the core code when Domino and Traveler cannot within the core code? And if IBM can't, why not work out a deal with Genii Software to make it happen?
Of course, that might be rude and would probably be futile. So, while you are sitting in the Ask the Developers and Product Managers session, ask yourself why you would wait for IBM to fix something customers have complained about for a decade? Why not just try CoexLinks Fidelity today (or as soon as you get back from the conference)? Fill out an evaluation request, and it can be waiting for you when you return to the office. (After that, just for fun, try to find all the differences. Answer at bottom. Or if you would rather watch videos...)
Sent from IBM Notes 9.0.1 client to an internal user in same Notes domain 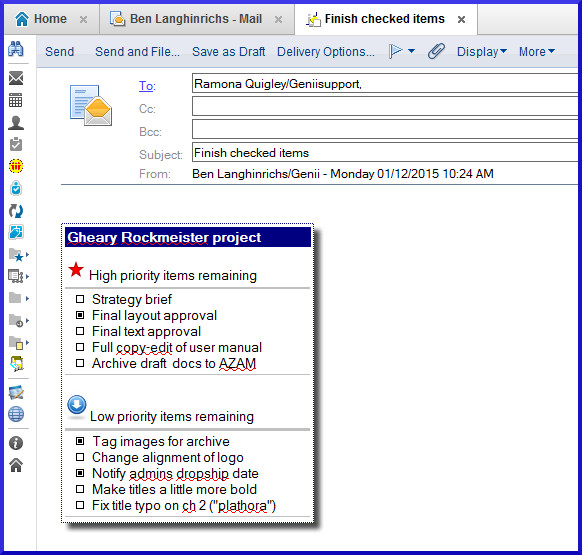 Read by the recipient on a mobile phone

Read by the recipient in iNotes 9.0.1 (without CoexLinks) 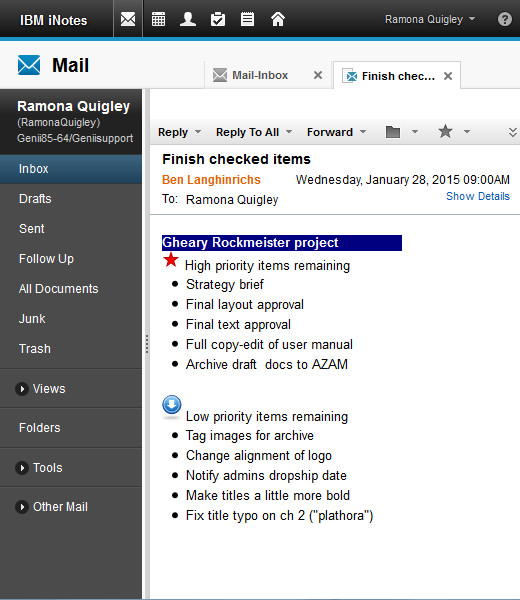 Read by the recipient in iNotes 9.0.1 (with CoexLinks) 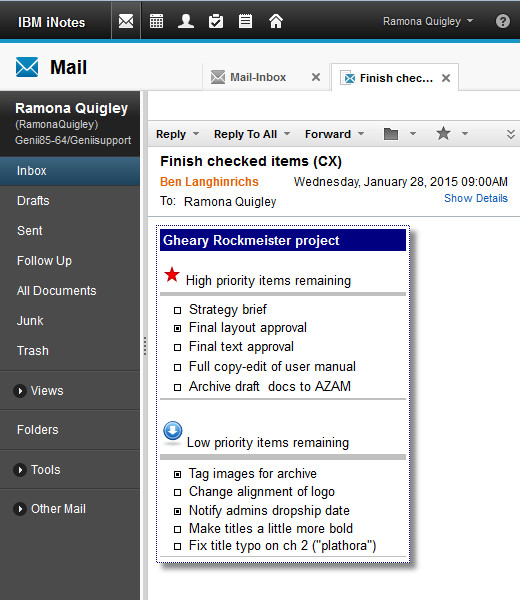 Differences to find
Just a few of the issues that  CoexLinks Fidelity fixes in both internal and outbound email. Have you filled out that evaluation request yet?