Last night, we released CoexLinks Fidelity 3.71 on our website, and today will be uploading the revised user guide and additional materials. There are a number of fidelity enhancements, support for custom forms, enhancements for right-to-left tables/sections and performance enhancements. In addition, a number of changes have been made to facilitate our upcoming public release of CoexLinks Client, an optional client component which enhances the rendering of forwards and replies which lose fidelity due to conversion to rich text. Request your free evaluation license and see for yourself..
Fidelity enhancements
While many of the enhancements are subtle by themselves, a few are more obvious. For example, buttons in rich text are now represented as inactive buttons in HTML, going along with our attempt to use standard representations for elements that map well between rich text and HTML+CSS. But enhancements can be seen throughout the product including gradient colors, enhanced border matching, tabbed table labels that retain size, font and attributes, better graphical support for section and tabbed table icons, and so forth. 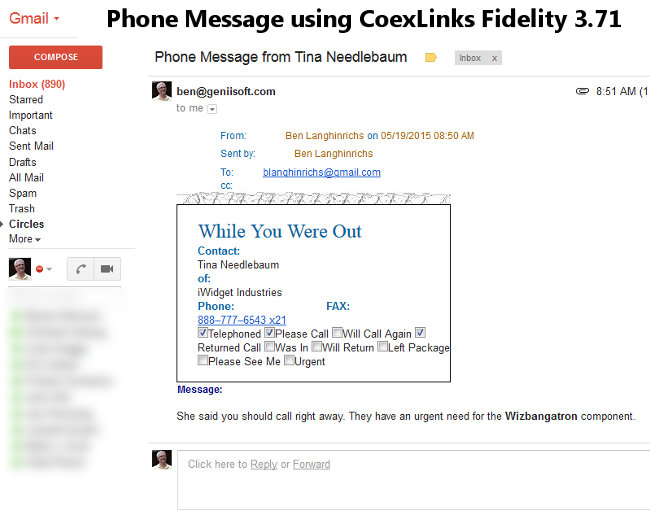 Better support for right-to-left Tables/Sections
In languages such as Hebrew and Arabic, the text is read right-to-left, and so sections and tabbed tables and such are also read right-to-left. While earlier versions of CoexLinks supported this, they didn't do a great job, Now, a right-to-left section looks the way a reader would expect. (I didn't show the Notes default rendering, as it leaves the section titles off entirely, which is ridiculous.) 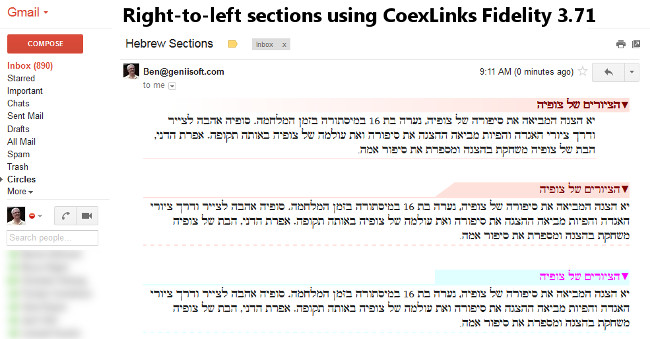