One chance to make a last impression

A new CoexLinks Migrate customer had an interesting observation about why they signed on. For several years, their users have forwarded documents from different databases as snapshots to be saved by their manager. No embedded form or anything, just a standard Notes feature, Actions - Forward. Since the manager had a Notes client, they thought nothing of it. But when they went to migrate all this mail out of Notes (meeting requirements for retention), they discovered that critical data was missing from these snapshots.
While I can't share their data, Below is a simple example using the Notes database I use to track orders and maintenance. It has some of the same elements they identified. Note that this same engine with some variants is used for CoexLinks Fidelity, CoexLinks Journal and CoexLinks Migrate.
But what the customer said last really stuck with me. I'm paraphrasing here, but he said that it was one thing to have something go out badly when it was a current email, but with a migration, it was your last chance. If the data was missing, it was gone forever. Or, as I put it, your one chance to make a good last impression.
1) Notes form open in Notes client 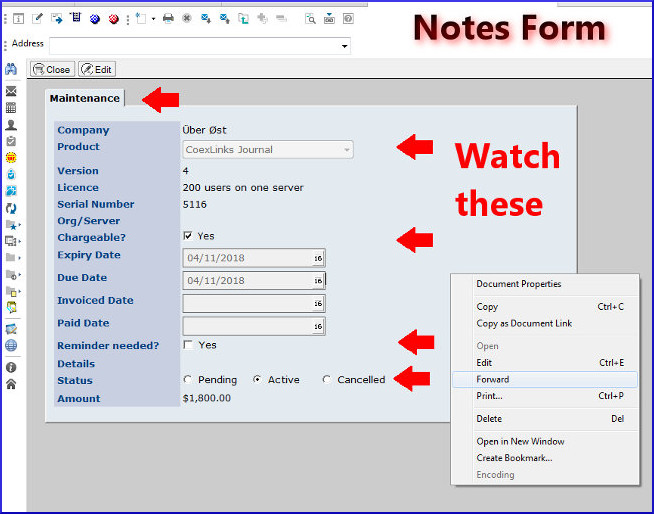 2) The form forwarded via email, still in the Notes client 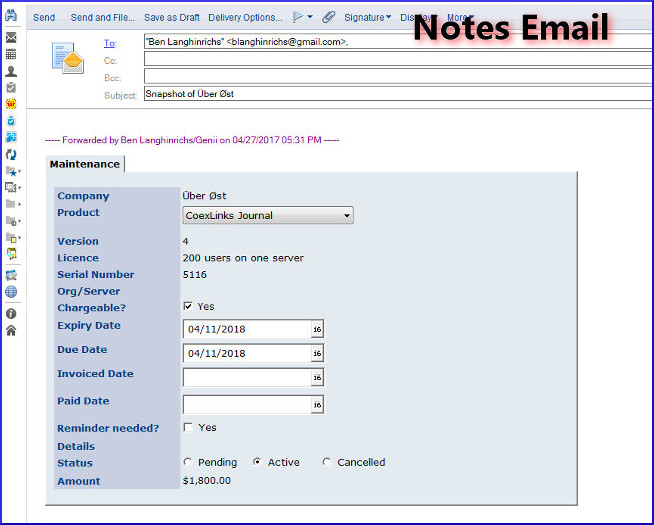 3) The email received by Gmail, using the native Notes rendering 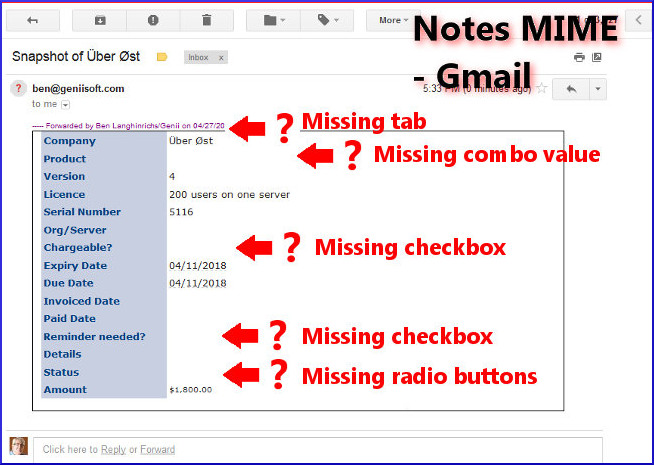 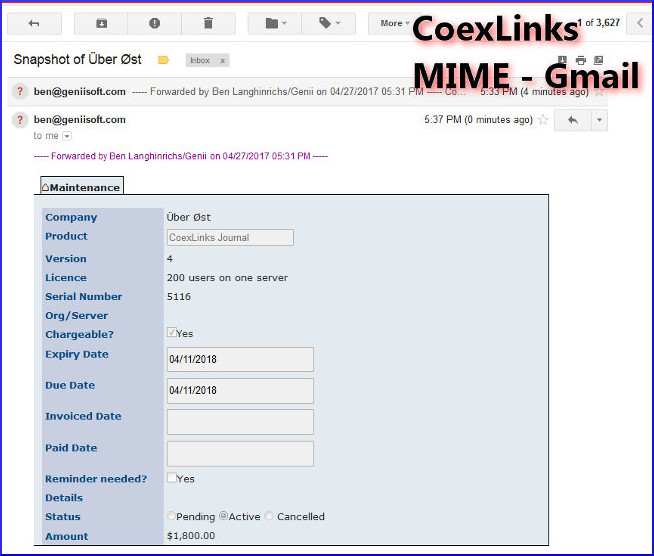