Not just a symbolic issue

When it comes to rendering to HTML, standards matter, and the more you stray from them, the worse your problems will be.
But let me show you this by an actual example which came up today. Here is content from Microsoft Word (simplified for this demo) that was copied and pasted into an email from Notes. It looked fine in Word. It looked fine in Notes. It didn't look fine in Gmail. See if you can see the issue. Hint: the problem has nothing to do with GMail, and everything to do with rendering logic.
If you would like to try CoexLinks Fidelity out for yourself, just request an evaluation license, or visit the CoexLinks Demo page to test the fidelity for yourself.
1) Created in MS Word 2016

2) Copied and pasted into a Notes email 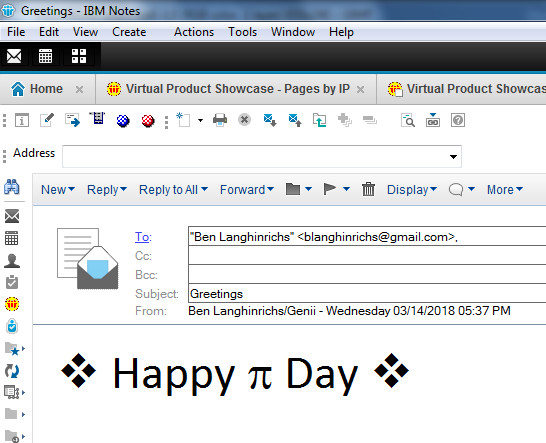 3) Email to GMail in with standard Notes routing 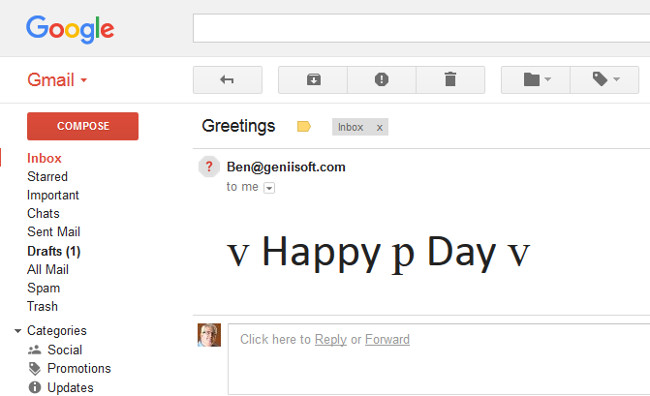 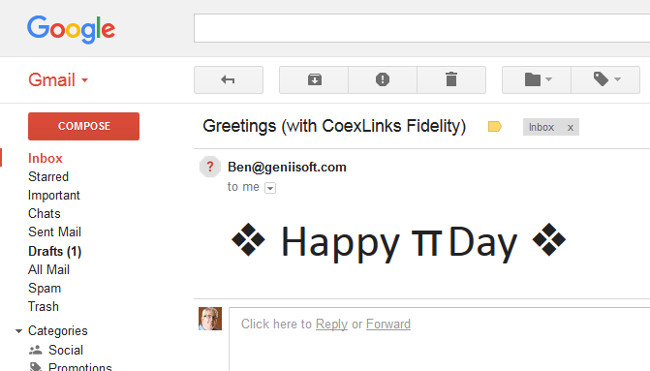 5) The issue
There are several symbolic fonts which are used in Microsoft Word and other Microsoft products which are not standards-compliant. The most common are Symbol, Webdings, and Wingdings (all three sets). Mostly, these will render in Internet Explorer because... Microsoft. But they won't render in Firefox or on Linux or lots of other standards-based systems. Since they aren't rendered, the fallback is whatever font your system uses by default, and that has completely different letters and values.
6) The solution as handled by CoexLinks Fidelity (and all our other products, for that matter)
The solution is to map those characters to either the appropriate HTML entity such as &pi; or to a Unicode character that is most similar. CoexLinks and Midas and AppsFidelity all have that on by default, though you can turn it off if you like. That's why email through CoexLinks Fidelity won't with you a Happy p Day, but instead a Happy π Day!
If you would like to try CoexLinks Fidelity out for yourself, just request an evaluation license, or visit the CoexLinks Demo page to test the fidelity for yourself. Or contact us to set up an online demo and meeting.