We need more than baby steps

I'll be the first to admit that there are a few improvements in rendering for email sent by Notes 10 Beta 2. But the emphasis should be on "a few", and they are relative baby steps. In getting a demo of CoexLinks Fidelity ready, there is still significant room for improvement. In the three images below, the first is what was sent from the Notes client V10 Beta 2, using client mime rendering as that is better than server rendering and more widely used. Plus, that is where the enhancements have been. The second image is how Gmail receives the message, but it is obvious the problem is not Gmail. The third is how the message looks when CoexLinks Fidelity sends it (I adjusted the subject for clarity).
Which message do you want your clients, customers, employees, management to see? Which gets the point across best?
Fortunately, I have faith that IBM/HCL are aware of all this, and I hope that Notes/Domino 11, or an intermediary release, has more improvements. But for now, there's CoexLinks Fidelity.
Notes V10 Beta 2 message 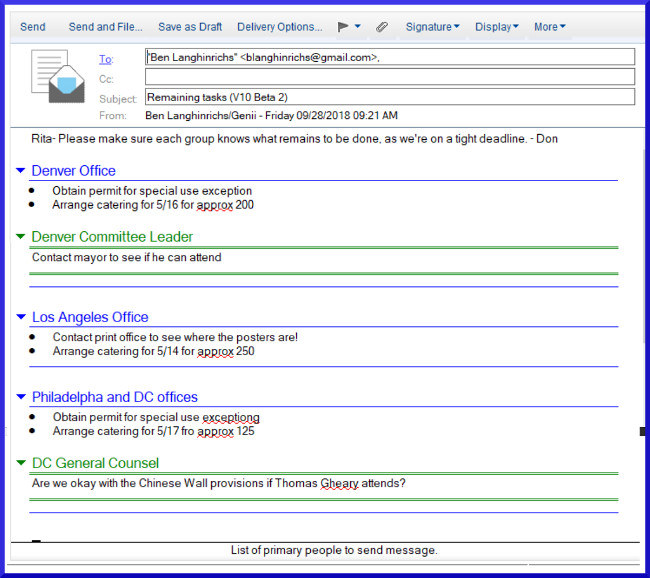 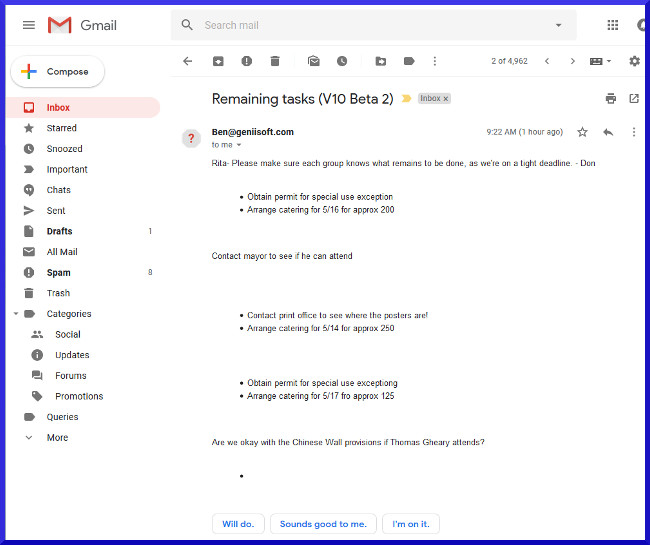 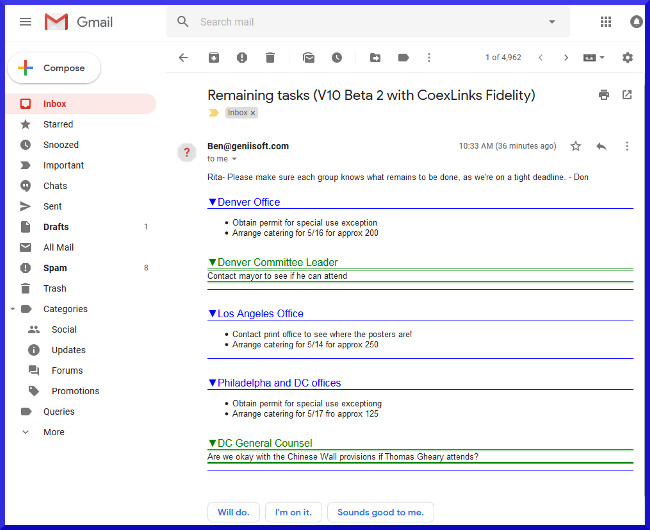