Does HCL need an ISV ecosystem? 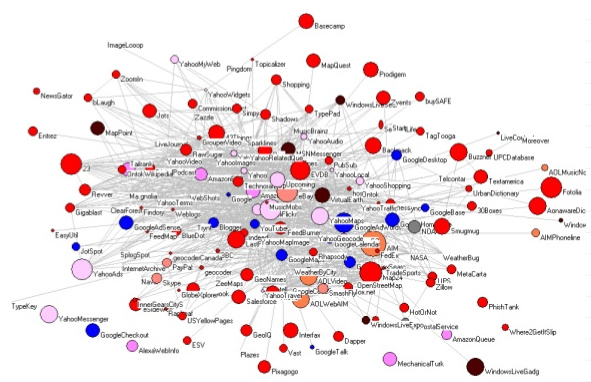 It is a fairly longstanding truism that software platforms live and die by the applications, extensions, and integrations written for them. OS/2 was a kick butt operating system, but could not keep the ecosystem going. Notes/Domino has been an amazing platform for decades, but has struggled in part because too many times, there wasn't an integration to Notes where there was to Outlook. (There are plenty of other examples, but these are more central to this community.)
But is this still a requirement? The world has changed in a lot of ways, and the ecosystems have moved outside of the platforms to some degree. Obviously, as an ISV, I'd like it to still be true that ISVs are critical to a platform's success, but wanting it is not the same as it being true. HCL is doing a ton of great work on the products, but they seem a little disinterested in other people writing products that use Domino as a backbone, for example. They seem fairly convinced that the products will live out there somewhere, and that what is needed is a way to get the data in and out. Is that enough?
Thoughts? I am genuinely curious what people think.

HCL has a LOT of IBM mistakes to make up for. This isnt their fault but again, they run under almost the same leadership as IBM collab solutions did. A healthy ISV ecosystem is EVERYTHING for a major vendor. But ISVs also need to justify the investment (e.g. by potential market size) hence the ISV volume thats aligned with major platforms like Microsoft, Salesforce and so on. It feels from where Im looking at it as though HCL needs to demonstrate not just a retention of IBM customer base but a massive uptick in new business for ISVs to not just maintain their IBM / HCL revenue streams but to once again start investing into the platform (and thats one huge jacket to fill). My very personal opinion is that while the work HCL is doing on the platform does show a good intent & promise, the inherited blue-chip, out-of-sync-with-the-market narrative of ex-IBM execs does not help in rebuilding trust. As for the ISV / Champion / Ambassador space, it feels like there is a massive lack of knowledge of the biggest competitive platform that is Microsoft - whether thats about TCO, ease of development or anything else. When I see HCL ambassadors talking about storage requirements as a differentiator I cringe: noone cares about that anymore. What matters is license costs (M365) and TCO vs. Development effort on PowerApps which can be sooo easily defeated by what Domino has to offer. As a summary it feels like the leftover ISV ecosystem lacks knowledge of The competing platform (maybe due to recognition and status quo for over 20 years without much continued learning effort) and hence stuck to their guns about Domino, and platform-agnostic or ex-Domino, current MSFT experts not being taken into account due to their lack of loyalty. Just my 2 cents

I am have been pushing for this for quite awhile. There is a number of ISVs out there already. If Domino is to be successful you need to have a ISV ecosystem. Look at Microsoft Teams and how many applications are available from other vendors on that platform. It is applications that drive usage of a platform. Without applications it is just a paperweight.

My gut feeling is that without a healthy ecosystem of apps, integrations, and extensions, there will be a leveling off and HCL won't be able to reach a larger market. If that happens, they are back to the game of attrition so familiar to IBM. It does make sense to me that a solid understanding and acknowledgement of other platforms and what they have to offer is key. Can Sametime Meetings really compete? Maybe, maybe not. But can they win if they don't have any horizontal room to grow to meet specialized needs? That is where ISVs often handle the specialized parts so that the core products don't have to be everything to everybody.

In that vein, does Volt even have an extension model? That is an area where ISVs would normally have a role to play.

Is there somewhere on the web that I can see all of the current apps built to run on Notes/Domino?

Bruce, I remember a year ago when HCL was talking about an app store. I am not quite sure if there is or not. You'd think I'd know, but I don't. That may or may not say anything.

I had it confirmed that such an App Store does not exist, or at least not yet.

A year out from the divestiture, doesn't it seem like HCL should have some form of online, publicly-searchable ISV/Partner directory? Maybe I'm expecting too much but I can't overemphasize the value of having been listed in IBM's PartnerWorld directory over the years.

"In that vein, does Volt even have an extension model? That is an area where ISVs would normally have a role to play."

Sametime 11 is similarly problematic in that there's no official API for the new web client. There's really no way practical way to extend or modify it. One might be forgiven for thinking HCL was now a *member* of the Domino ISV space instead of being the platform provider. :-)

I totally agree that a vibrant ISV ecosystem is key for success for HCL. While they can't solve all the problems IBM left behind at once, the extensions and APIs are the most grim parts missing for me. Volt is currently not extendable, Verse on premisis does only have a handful of extension points and Connections and Sametime - well, they tend to be the mess they have been for decades. I know one particular HCLite who I would love to ask about his job of an app store for N/D or Digital Solutions in the greater view. But, to be honest, I'm afraid to ask... .

I should note, I tend to mix up the terminology. I doubt that HCL needs an app store so much as a software catalog. Businesses probably aren't interested in $5 apps they can install in an instant, but they are interested in software that can help streamline and enhance business or open new opportunities or solve serious business problems. Let's hope HCL doesn't get so caught up trying to make an app store that they don't provide a software catalog.

I tried several times to reach out to HCL to offer them eProductivity and related endorsements. Ed Brill was even kind enough to make the introductions more than once. Receipts: Yes. Acks: Yes. Response of any kind? No.

Sadly I am forced to wonder if there is some element of Not Invented Here (NIH)? I wish them well.

For my part, they don't seem to care based on the priority given to address xWork/ISV offering. I remember asking HCL how many ISV are they. They couldn't say...

There could easily be an ISV site(page) on HCL site, listing partners ans their products, but there's none.

We've been working with others ISV using xWork to learn how they use the product to help HCL figure out what an ISV offering could look like, what it needs to address for ISV while still making sence sor HCL, but still no feed-back on this.

Why not a (free) Domino Community Edition (for web use only, no Notes client) for ISV building web APPs?