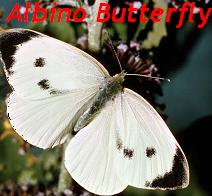 "So, how're you feeling?" Albert asked.

"I supposed. At the time being a butterfly seemed nice. Particularly since I didn't have this headache. So, are you going to cut this duct tape off?"

"You're not going to try to run away again, are you?" asked Albert.

"No. And for the record, I wasn't running, I was fluttering. Besides, if someone  drives by you might have to answer some hard questions."

Albert waved his hand dismissively. "For tying up my ex-wife in duct tape? No jury in the world would convict me," he smiled a sad smile. Then added, "I missed you, Jenny."

Albert took out his pocket knife and sawed through Jennifer's bonds.

"Are clothes too much to ask for? At least I got those when we were married," Jennifer said, shivering under her blanket.

"Well, I had a suitcase in the trunk of the car but that seems to have gone missing. You could have tried to prevent that by the way."

"Oh, that's a fantastic idea, why didn't I think of that? Oh, that's right, I was drugged at the time. Hmmmm, I wonder who did that?" Jennifer replied sarcastically.

Albert held up his hands, "Alright, alright, my bad."

They sat in silence for a few minutes, then Jennifer asked, "How long has it been? Since you rescued me I mean."

Albert sighed. "Well, we were in the motel for two days while the drugs they had you on worked their way out of your system. You got pretty sick there. And violent. That's when I gave you the Valium. We're no longer welcome at Best Western by the way."

"Apparently the lamp through the television was the deal breaker. But at least you got a nifty tattoo out of the whole experience. An albino butterfly, right?"

"Its the name of, the group," Jennifer said.

The cult. Albert thought. But at least he smart enough to keep that to himself. "The Albino Butterfly. Sounds like a 70s rock band, Or one of those girlie drinks that come with the umbrellas."

"They're going to come after us, you know that right?" Jennifer said.

"Don't worry, I can handle them," Albert replied, hoping he sounded more confident than he felt. Getting Jenny off the compound grounds had proved harder then he had originally anticipated. Whatever drugs the cultists were on seemed to dull their sensitivity to a blackjack across the skull.

Jennifer sniffled and wiped her nose, trying to hide the tears that were threatening.

"Well, you're out of there now. No need to look back," Albert put a comforting arm around Jennifer's thin shoulders. It was familiar and yet awkward.

Jennifer shrugged it off. "Do you have any food?"

Albert turned out his pockets. "This it the best I can do."

"An old fortune from a fortune cookie? That's helpful. 'Whatever is done for love always occurs beyond good and evil.' Jeeze, whatever happened to 'Good fortune is on the horizon?'"

"You're still allergic to twinkies, right?"

"No reason," Albert replied, looking in the direction of the trap door.

Another one of those long, uncomfortable pauses ensued.

"Albert, did my father send you?"

"No, of course not. Guiseppe has no idea I'm here." Well, maybe some idea Albert thought to himself. Sort of depends on whether Bingo called  it in or not.

"Then why did you come and save me?"

"Well, I couldn't just leave you there. Besides, it didn't make sense. You're too smart a woman to fall for that cult crap. I figured they must have drugged you, and, you know, I was duty bound to come get you."

"You owe him money, don't you." A statement, not a question.

"Jesus Albert. You're gambling again, aren't you?" Jennifer's voice had the sharp tone of a hanging judge pronouncing a sentence. There was no debating it.

"It was sure thing Jenny. The Patriots hadn't lost all year. And the Giants suck. If Asante hadn't dropped that interception...."

"And you thought if you brought his little daughter home my father would forgive and forget. How much is it this time Albert?"

"A lot. It's a lot Jenny." Albert quietly admitted. Then remembering the hatch, he added, "But I know how to make things right, Jenny, And it doesn't involve you at all. I swear."

Jennifer got up and started to walk away.

Albert grabbed her arm. "Jenny, it wasn't just the money. I was worried about you. I swear."

"You're full of shit," Jennifer replied. She yanked her arm out of his grip and continued to walk down the road.

"Jenny, come'on," Albert called after her. But she didn't turn around.

Albert heard the roar of an engine and turned. He could see headlights in the distance.

"Hey Jenny, looks like we won't have to walk after all." Albert started waving at the car, trying to flag it down.

The car didn't seem to be slowing. In fact, if anything, it was speeding up.