The iNotes interface for Domino 8.5 has been spiffed up in numerous ways.  It is fast, fun and functional.  The Dojo editor has been integrated in, so that there is finally a real web editor across multiple platforms.  I can almost guarantee that your users will love it.
Almost.
The only problem is the one I alluded to in a prior post.  The rendering through iNotes suffers every bit as much for an internal mail message as for one which is going out to the Web.  Let's imagine that you receive a nicely formatted email in your Notes client, sent from another user in your own company...
Email received in Notes 8.5 client from another Notes user (rich text email) 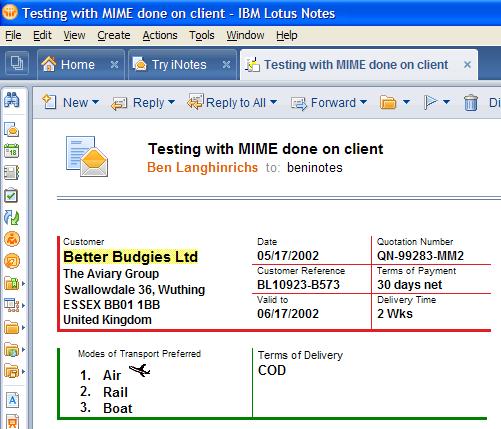 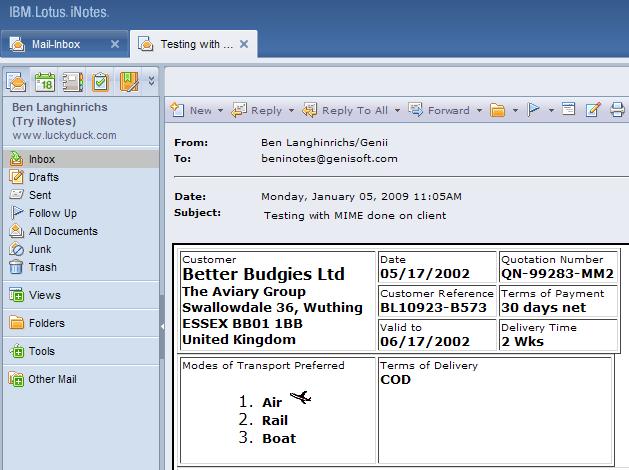 Now, let's imagine that you decide to forward this to a colleague who works in your company.  This is where some of the real effort has gone in with Domino 8.5.  The Dojo editor is available as part of the server download, and is integrated nicely into the iNotes template.  Unfortunately, the forwarded food is still soggy.
Email forwarded through iNotes 8.5 from Firefox (new email including old contents) 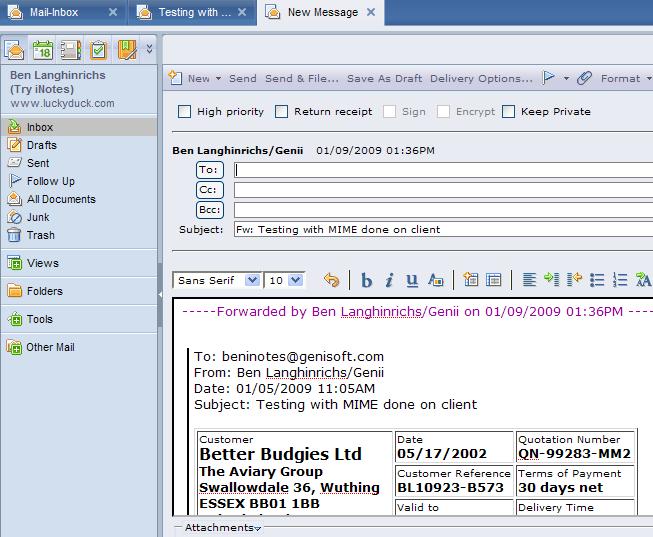 But what if we added iFidelity™ for Lotus Notes to the server?  Without changing a single line of code or doing anything but adding two lines to the NOTES.INI on the server, our experience with that exact same email would be different.  The look and feel of the content would be virtually indistinguishable from the Notes client.
Email viewed through iNotes 8.5 with iFidelity installed (same email) 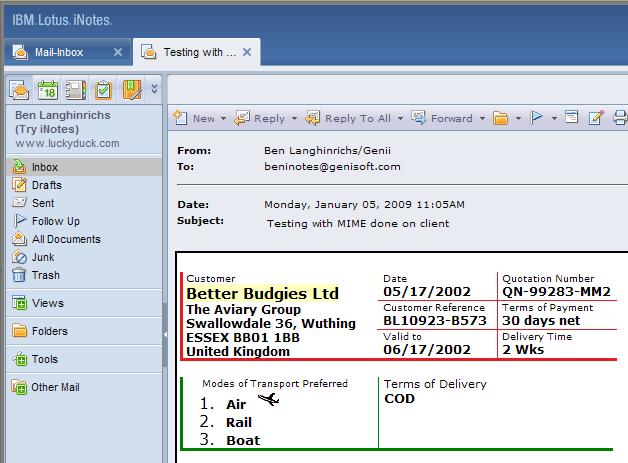 But let's go further.  What if we still didn't change any design or anything else, but forward this email?  The look and feel of the forwarded content would still be virtually indistinguishable from the Notes client, even inside the Dojo editor, and the formatting of the original Notes rich text message would be preserved to go on to the recipient.
Email forwarded through iNotes 8.5 from Firefox (new email including old contents) 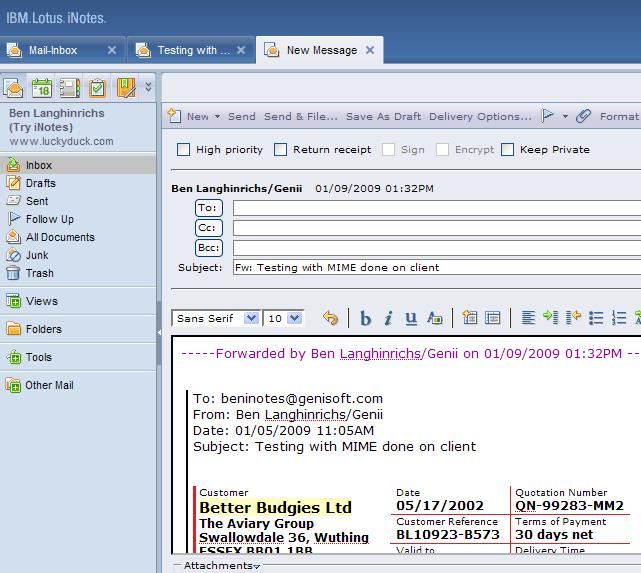 Conclusion
With no developer assistance, just iFidelity and two lines of changes in the NOTES.INI, this plug in can make your mail look exactly like... your mail.  No degrading of the content, loss of contextual colors or embarrassing alternations of carefully generated content.  Isn't that what you would expect to happen anyway?  Now it can.

Whereas, the Lotus Notes rich text rendering between the Notes client and web browser are woefully out of sync. Whereas this drawback unnecessarily mars the user experience in a product that is otherwise unmatched in its utility. Whereas there is a viable solution to this technical problem already available in the marketplace.

We, the undersigned, believe it to be in the best interests of IBM, it's customers, and it's business partners that Genii Software's CoExLinks technology be licensed by IBM and included natively in the Domino server product.

you have my vote!

Yes, we vote yes. Havn't we said that before?

Regardless, it has my vote.

Bravo, Ben. Bravo! And I'd sign that petition, too, though I'd take out the words "licensed by IBM and included" and just say "incorporated" -- leaving the nature of the business deal to the relevant parties.

Ben, you need to go add this to IdeaJam *right now*:

'nuff said. Just make sure you make it cheap enough for them though. ;-)

Erik - I'm certainly not going to add it. I don't imagine people would be too pleased by the audacity, even if they supported the idea. I think somebody else has already said he would add this suggestion to IdeaJam tonight. I will not either condone or reject it, but I wouldn't hang up the phone rudely.

I am not going to comment publicly on what terms would be required. There are lawyers for that stuff.

I'm adding my vote. This should be in the core product.